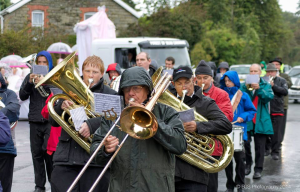 Parkend Silver Band is a friendly  band based in the beautiful Forest of Dean in Gloucestershire.All the band members are local people.We rehearse on Tuesday evening 7 till 8.30pm at the Parkend Memorial Hall. We are always looking for new players, and have a large selection of instruments to choose from. Learners made welcome.

Max fisher, a bouncy acoustic artist from the Forest of Dean. After a break for a a few years to concentrate on writing, max is back with his unique songwriting and never heard before new tracks with a cheeky cover or too thrown in for good measure. 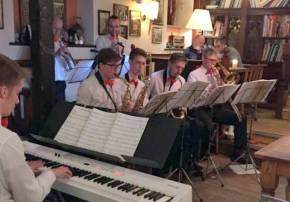 Swingcopation10 (or 10-Sync for short) are the compact version of Chepstow Community Big Band, which was founded in 2012 by its Musical Director Brian Ellam.
The mixture of Swing Era standards with more contemporary tunes, plus more intimate arrangements for Jazz Combos has proved very entertaining for audiences and an enjoyable challenge for the musicians.

D’jabot is a community group based in The Forest Of Dean, Gloucestershire. We learn traditional African rhythms from our Senegalese teachers: Oumar and Arona. We perform these rhythms as a group through the use of African drums, traditional percussion and singing (in the native tongue, of course!) We will be performing as well as holding”Have-a-go” drumming workshops in the town.

The Black Eagles are originally from Tanzania, East Africa, where they learnt their acrobatic skills on the streets of Dar-es-Salaam

They have toured extensively in South Africa at the Brian Boswell Circus, Botswana, Zimbabwe and Mozambique, before coming to the United Kingdom as the Black Eagles.

Since then they have appeared all over the UK and Europe at festivals such as Womad, Glastonbury Festival, Sidmouth International Festival, The Royal Albert Hall,, The Queen’s Jubilee, Commenwealth Olympics in Manchester, The Slammer (BBC1), Blue Peter and many more.

1325  The Garden Cafe Singers and Friends

Ritmo Salsa Group have been established in Coleford for around 18 months and provide classes for beginners and improvers on a Wednesday evening in Ritmo Tapas bar. They dance LA salsa style and will be providing an opportunity for everyone to join in during this workshop 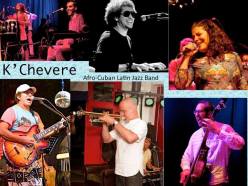 K’Chevere are a UK-based latin band with a repertoire strongly influenced by the music and rhythms of Cuba. Artists including ‘Tito Puente’, ‘Patato Valdés’, ‘Compay Segundo’ and ‘Eddie Palmieri’, have influenced their mix of Cuban classics with their own original compositions, that combine Afro-Cuban dance rhythms such as Son, Danzón and Cha-Cha-Cha with a blend of Latin Jazz and Salsa 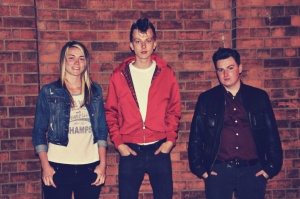 The Rumble are a three-piece Rock N Roll inspired band from the Forest of Dean. Consisting of Ricky Delaney (Vocals/Guitar) Will Baldwin (Bass) and Alex Whiting (Drums). The band have been together now for roughly 6 months and began by learning tracks by the likes of Eddie Cochran, Screaming Lord Sutch and Little Richard to name just a few, but since then have started writing their own material. Taking the foundations from 1950’s/1960’s Rock n Roll then dragging it through the bands different, more modern influences such as Drenge, Slaves, The Strypes, Catfish & The Bottlemen and Arctic Monkeys etc, from this the band get a unique sound. 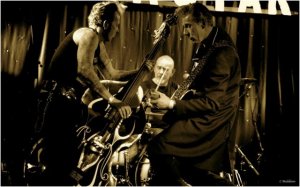 The Delray Rockets are a 3 piece Rock’a’Billy Band hailing from Central England U.K, formed by a group of Rock’a’Billy renegades wanting to push Rock’a’Billy to another level, or “Up a gear”… to coin a phrase.. They felt the Music scene needed a new band with a driving force but an old familiar sound, so they formed this 3 piece outfit to prove their point.. The Delray Rockets music has a strong ’50’s Influence, but with a very modern style, although not taking away the roots from the original Rock’a’Billy feel to the sound. A Delray Rockets gig is an electric high energy show, with twists and turns to its music featuring a full powered stage show. They play kick ass music with a serious attitude.. a Delray Rockets gig is full of energy and good fun, you’ll leave feeling exhausted from the energy these guys exude. The Delray Rockets…Once seen never forgot!!!.. 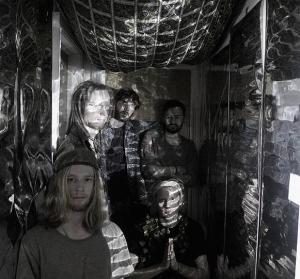 Hipicat is a Psychedelic Pop collective currently based in Cardiff. Stemming from varied musical backgrounds and drawing influence from cultures past and present, we aim to create an authentic pop sound that is out of the ordinary yet accessible to all. 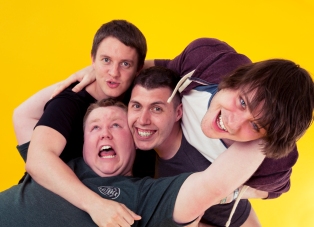 For those new to FINGERTRAP, think rock hoops with pop sassiness, a band that channel the funk of Red Hot Chili Peppers and the ska of No Doubt with the piano melodies of Ben Folds Five. Retro however, FINGERTRAP are anything but, just one listen to infectiously catchy ‘Return If Found’ and you’ll be up, strutting your stuff to the raucous groove of ‘Until We Get There’. 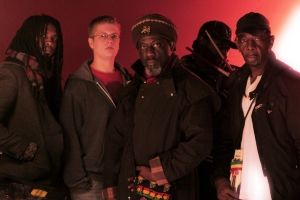 Talisman are one of the UK’s top British Roots Reggae bands from the late 70’s and early 80’s.

The band’s prowess back in the day earned them support slots with acts as diverse as Burning Spear, The Clash and The Rolling Stones.

They are back with two of the original line up, a new album, tour dates and a desire to rekindle their reggae magic from the late 70’s. 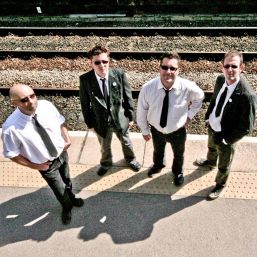 Beat combo Billy Whizz formed in the mid nineties and are currently in fashion for the third time. Delivering fast furious pop/punk with dry wit, they are as tight as a nun at a disco. If you like your live music to entertain you, check them out 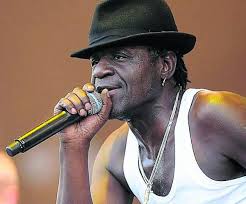 The original rude boy Neville Staple, fresh from Glastonbury, who’s thirty-five year career in the music business is well documented. From the early days with The Coventry Automatics, The Specials, & FunBoy3, to The Special Beat and various other collaborations during his solo career from the 90’s up to the present day. Expect to hear some of Neville’s own material,

some arrangements of his very favourite old school Ska numbers, as well as some classic hits in the mix.